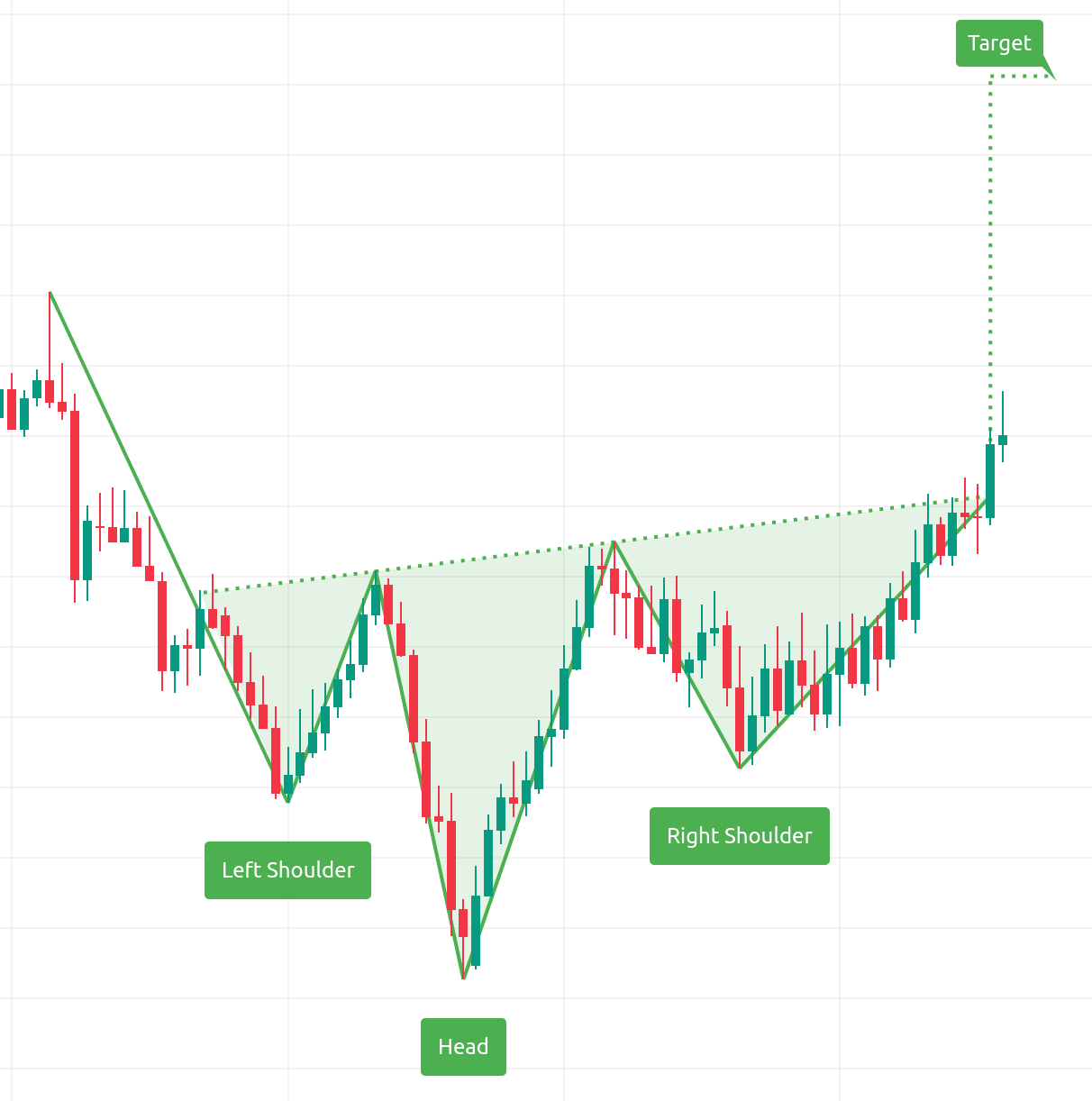 Inverted head and shoulders is a reversal pattern formed by three consecutive lows and two intermediate highs. The first and third lows are called shoulders. They are located approximately at the same level above the second – the head. Also, important is the line drawn along the intermediate highs – the neckline. The pattern is considered completed only when the price, having formed the right shoulder, rises above the neckline. It is expected that further price movement up will be approximately equal to the height of the head. 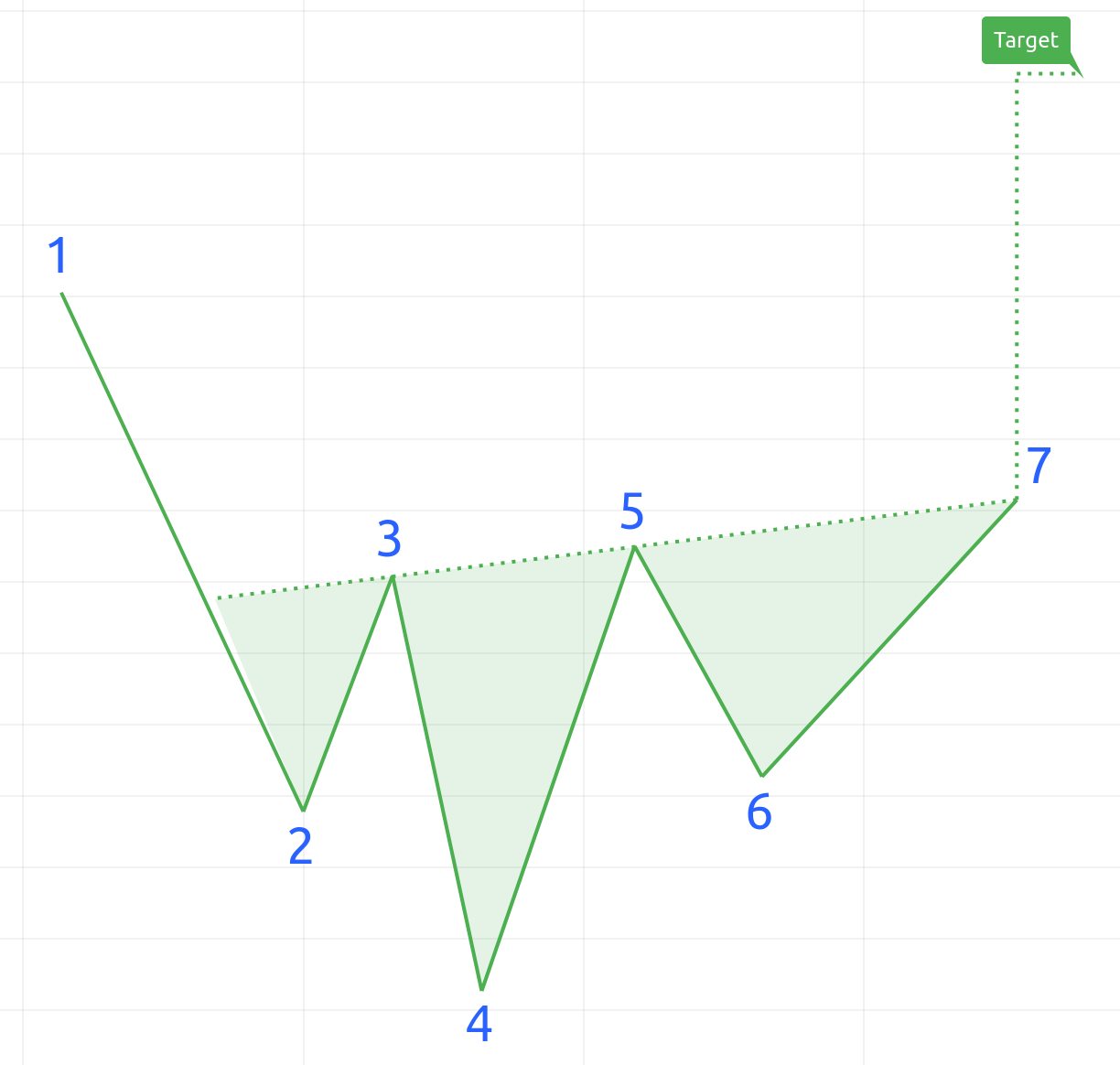 The indicator searches for patterns on the last 600 bars. The pattern consists of lines indicating price movements (Price Line) and neck lines (Neck Line). The neck line is drawn through intermediate highs and is limited by intersections with price lines. The start and end points of each price line, except for the last one (point 7), are located in 5/5 pivots. Point 7 is located at the intersection of the last price line with the neck line. In the In Progress mode, the indicator looks for not only formed, but also emerging patterns. The right shoulder of such a pattern may not be in the pivot, and the price lines forming it will be dotted. 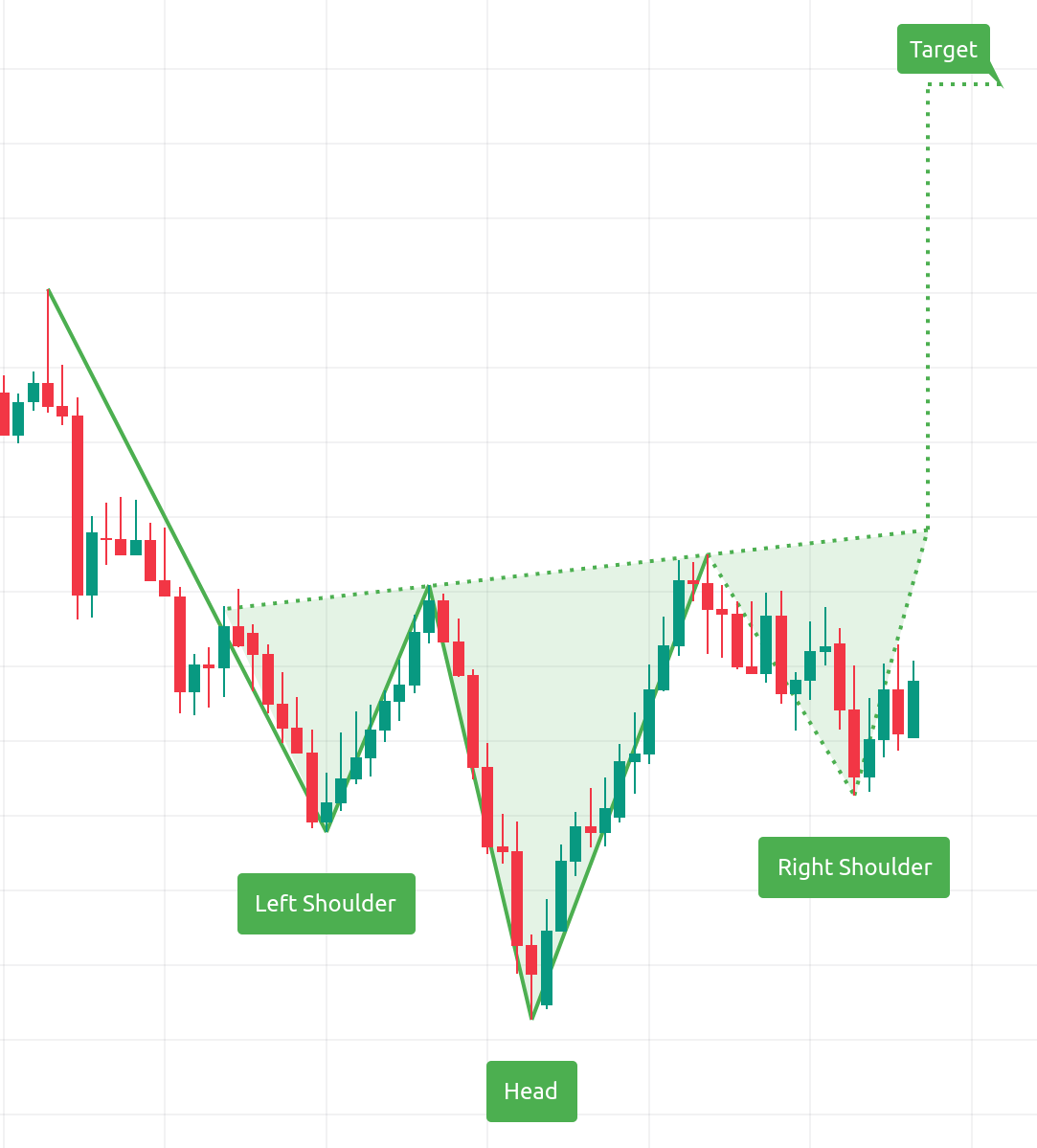 The pattern is considered formed when, after the formation of the right shoulder, the price (close) rises above the neckline. The dotted horizontal line that ends with the Target label indicates the expected price level after the pattern has formed. As new bars appear, the line extends to the right until the last bar, until the pattern status changes from Awaiting to another. The label tooltip shows the price and the current status of the pattern. When the status changes, the color of the label also changes. There are 3 statuses in total:

If the indicator finds two intersecting patterns, then preference is given to the one whose status is Awaiting. If the status of the intersecting patterns is Failed or Reached or the status of both is Awaiting, then the chart will display the pattern whose neckline is closer to the horizontal line and whose difference in shoulder values is smaller.