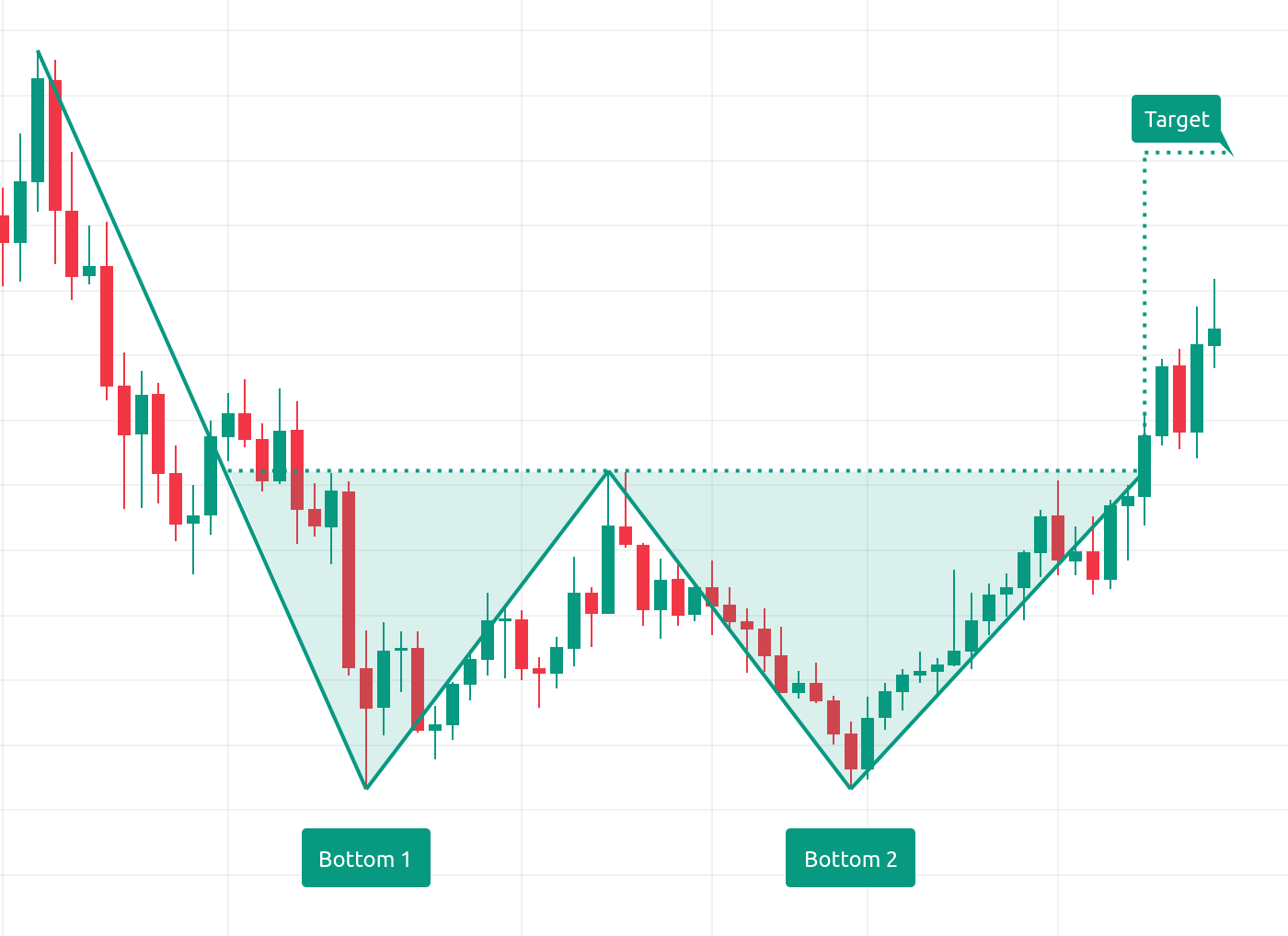 Double bottom is a reversal pattern formed by two consecutive lows that are at the same level (a slight difference in values is allowed) and an intermediate high between them. It is expected that after the price again reaches the level of the first low and then turns around and goes above the intermediate high level, further price growth is expected to continue further by about the difference between the lows and the high. 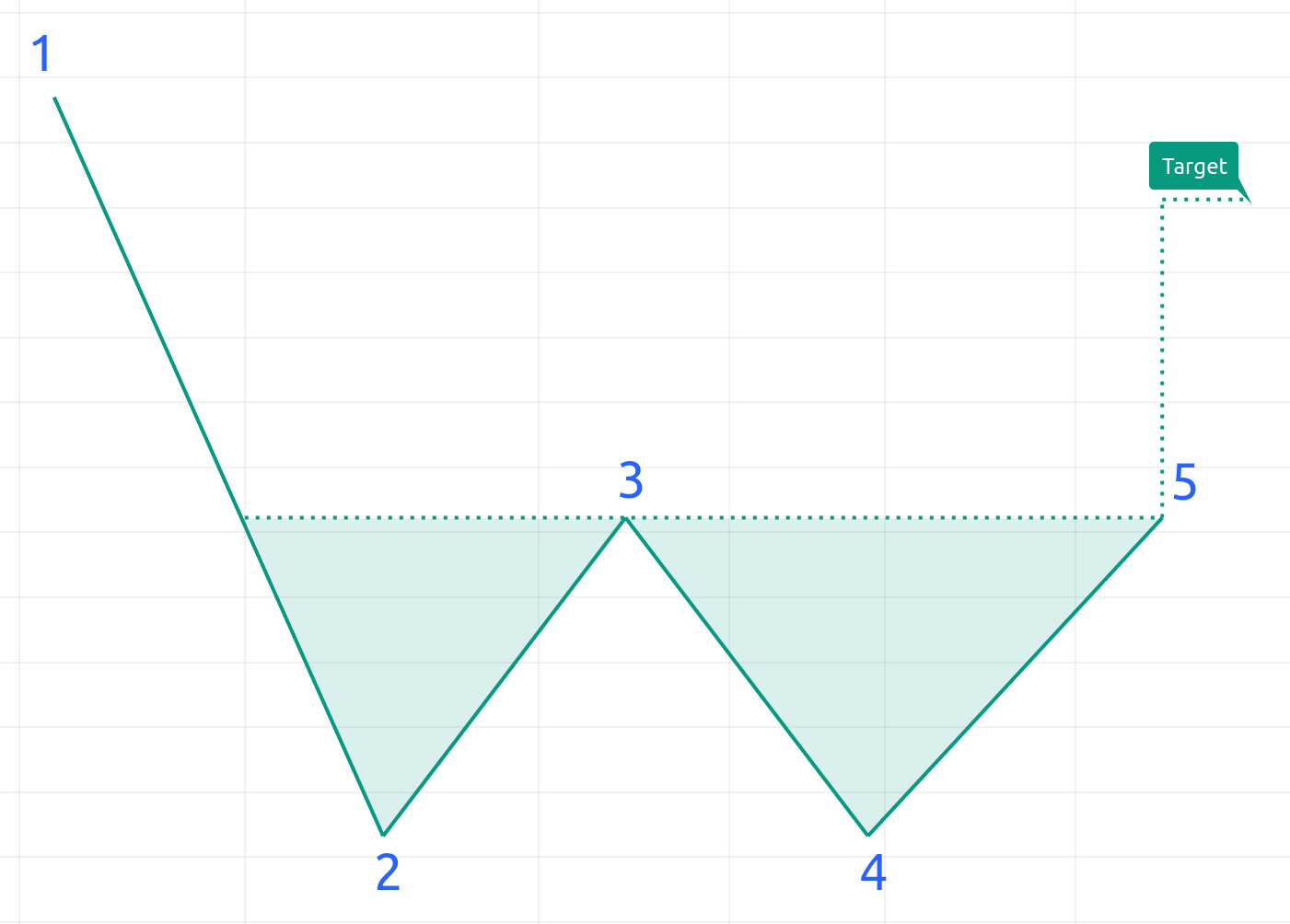 The indicator searches for patterns on the last 600 bars. The pattern consists of lines indicating price movements (Price Line) and neck lines (Neck Line). The neckline is a horizontal line drawn through the intermediate maximum. The start and end points of each price line, except for the last one (point 5), are located in 5/5 pivots. Point 5 is located at the intersection of the last price line with the neck line. In the In Progress mode, the indicator looks for not only formed, but also emerging patterns. The second bottom of such a pattern may not be in the pivot and the price lines forming it will be dotted. 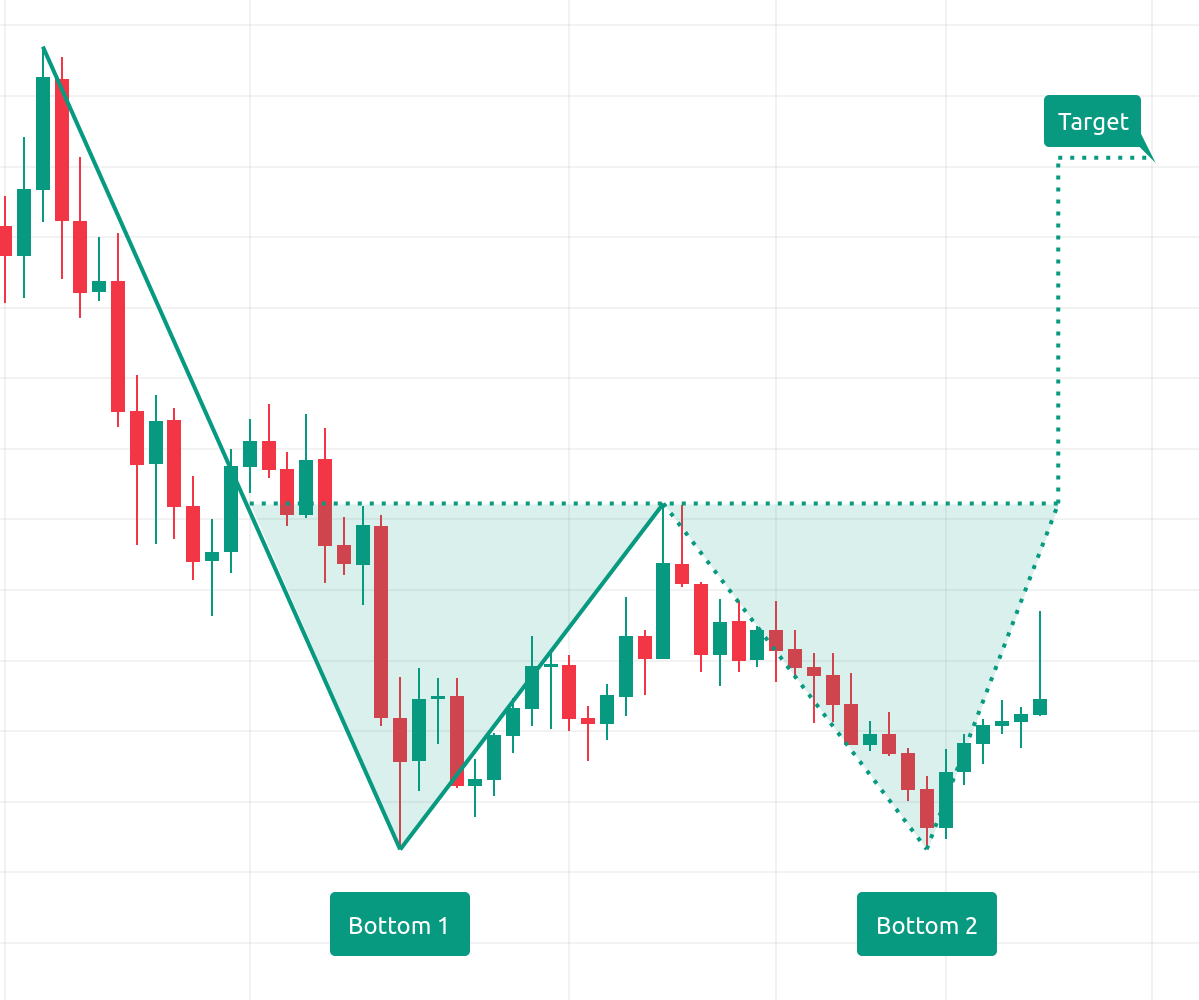 The pattern is considered formed when, after the appearance of the second bottom, the price (close) rises above the neck line. The dotted horizontal line that ends with the label Target indicates the expected price level after the pattern is formed. As new bars appear, the line extends to the right until the last bar, until the status of the pattern changes from Awating to another. The label tooltip shows the price and the current status of the pattern. When the status changes, the color of the label also changes. There are 3 statuses in total: