Elliott Waves are a system of repeating patterns discovered by Ralph Nelson Elliott. Elliott discovered 13 patterns in total, but the 5-3 pattern consisting of 8 waves is considered the basic one. 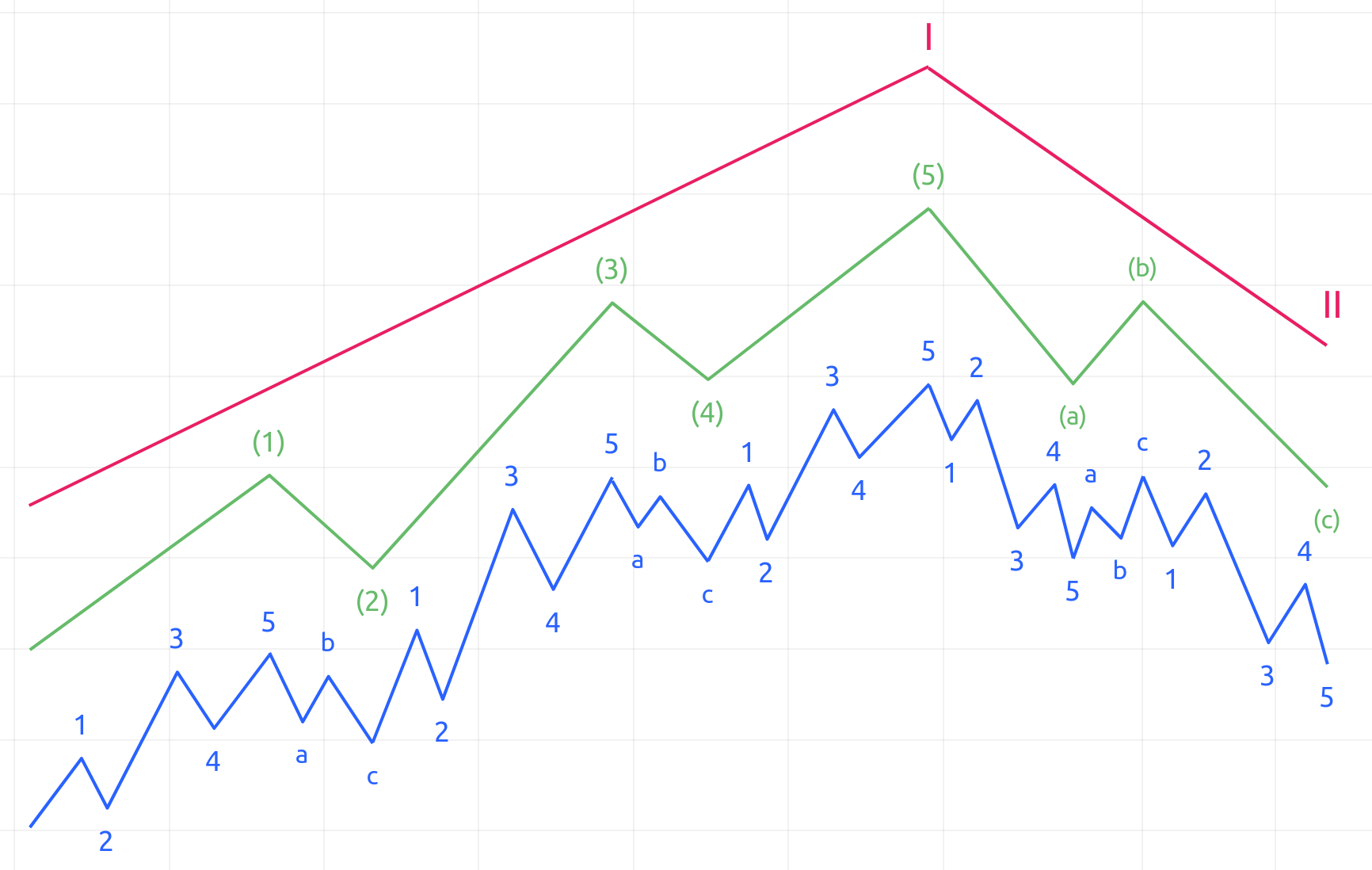 The Chart Pattern Elliott Wave indicator is configured to recognize the most common wave patterns, which are built according to the following rules:

The indicator analyzes the last 600 bars in search of patterns, conditionally dividing them into two levels by nesting (main and sub-waves). The start and end points of the waves in the patterns found are tied to the most suitable pivot points. If there is no suitable pivot for the start or end point of the entire pattern, the indicator uses the highest maximum and lowest minimum values, respectively. Then the indicator checks the rules for impulse and zigzag and draws patterns that capture the most amplitude price movements.

The following marking is used to indicate the level that the wave belongs to:

This marking does not correspond to the historical levels of the Elliott wave theory; it is conditional. It displays the nesting level of the pattern.

When the pattern is in the In Progress mode, the indicator builds as many waves as possible based on the pivots, and uses a local extremum (highest high or lowest low) to build the last wave. If that last wave does not complete the pattern, the indicator draws possible projections of the next wave using Fibonacci proportions. Depending on the length of wave 3, wave 5 will be projected either from wave 1 or from the height of the movement of the first three waves. The projections of wave C are constructed from the length of wave A. All other projections are calculated based on the wave preceding them. The minimum number of waves in the in-progress pattern is 3.

Invert Pattern - This flag allows you to change the direction of the pattern, to search for impulse in a downtrend, and a zigzag in an uptrend.

In Progress - Enables the search for incomplete patterns that are in the process of being formed.

Length type - How the wavelength is calculated when checking the rules of pattern construction:

Absolute - the wavelength is calculated as the price difference between the start and end point of the wave.

Percent - the wavelength is calculated as the percentage change in price between the start and end points of the wave.

When new data is received, the indicator updates and clarifies previously found patterns. Changing any settings of the indicator leads to its complete recalculation. The result may differ from the expected one.